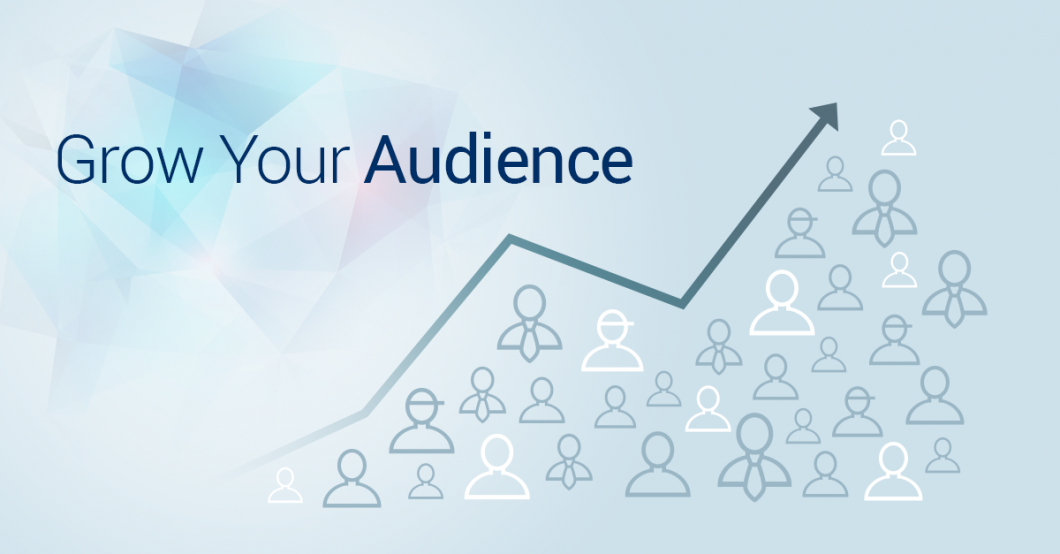 Brands, organizations and individuals use social media every minute of the day, every day of the year. With literally billions of social media accounts it can be hard to figure out how you’re going to stand out. If you want to grow your social media presence, there are things that you’re going to have to do. And while you don’t necessarily need to follow every single tip listed below, all of them can help, and the more you do, the better off you’ll be in growing your social media following.

So here are twelve ways you can grow your social media following:

One of the biggest mistakes that any business owner, entertainer, entrepreneur, or influencer can make is thinking that their audience is “everyone”. While sure, we might wish that everyone used our products and bought our services and followed us on social media, the fact is that what you’re doing, no matter who you are, has a certain niche. You need to be aware of that niche and figure out the best way to identify which potential customers/followers also fit into that niche. When you can figure out who you are, and who you’re attracting (or who you want to be attracting) you can create social media posts that are better suited to the needs and wants of that audience.

Maybe you don’t want to show up on social media in your bathrobe and with no make-up on all the time, but there’s nothing wrong with letting your hair down occasionally. In fact, it’s a good thing to show that you’re not perfect. People–particularly influencers–who pretend to have perfect lives with no problems or real challenges will often face more blowback than benefit from their behavior. No one wants to see a perfect prince or princess who lives a life of luxury. People want to see humanity. (And this is the honest truth: even when people are following true princes and princesses, like the British Royal Family, it’s the glimmers of humanity that are endearing, not the pomp and circumstance.)

Remember that Engagement Counts More than Number of Followers

You can have all the followers in the world, but if they don’t care what you’re saying, then what’s the point? It’s better to have a hundred devoted fans who will comment on your posts and share them with their friends than it is to have a thousand followers who never give you the time of day. Don’t be obsessed with follower counts; be obsessed with community engagement. Talk to people when they talk to you. Reach out to other people on social media. Don’t expect people to come to you: go to them!

Include Visuals With Your Posts

When it comes to social media posts, content is still king, but we’ve moved into a world where graphics, charts, and photos are the things that catch the eye. When someone is scrolling through their feed, they hardly spend any time at all on each individual post, but if there is an image that catches their eye, then they’ll be sure to stop and take a look.

And if visuals are good, then videos are even better. Videos are no longer restricted to YouTube–they’re all over every social platform. And the reason why is because they’re so popular. People like to watch videos as it gives them a closer feeling of connection to a person–far more personal than a single tweet, and even more personal than a photo shoot. Videos let people see you in action, how you interact with others, what your personality is like. They’re also a very good way of communicating ideas, demonstrating products, and introducing people.

Be Responsive to Your Online Community

It’s not enough to post or tweet: you need to communicate. When someone says something to you, you need to reply. Form a connection. People get the wrong idea about social platforms: they think that they are billboards where they can blast their sales pitch. But nothing could be further from the truth. Social platforms are like one-on-one selling. You want to make a connection, build a friendship, and form a true rapport with people. Then, when you finally have something you want to sell, be it a product or a service or an idea, they’ll be more responsive.

Give Something of Value

To get a social following, you have to be giving something that people want to get. That may be information. It may be advice. It may be a good laugh or a kind word or an insightful commentary. Whatever it is, it needs to be something valuable. If you’re not delivering value, people won’t follow you–what would be the point? You can’t simply have a social media platform where you send out prerecorded, regularly-scheduled bland posts. No one will care about them. You want people to care.

Use Hashtags to Be Discovered

Know what hashtags are and make them your friend. A hashtag, when properly used (and not overdone) can make you a part of a larger community. If there’s a conversation going on about some popular topic, people will follow certain hashtags, and if you’ve put that hashtag in your post, then your post will appear in front of that person. This is your big chance to gain followers, because you’ve now got a new set of eyeballs on your post, and if you’ve contributed something to the conversation that is worth listening to, then that person might engage with you, and, hopefully, they’ll click that “follow” button.

When you’re posting, you want people to share your post, to get more people to see it. So encouraging your devoted followers to tag their friends in replies, retweets, and reposts is a good way to spread your audience. As with many of these tactics, you want to do this sparingly–not everyone wants to be asked to participate all the time–but when done in moderation you can get in front of a lot of new screens.

Don’t Use the Hard Sell

No one likes the hard sell. It reminds them of used car lots and overly-aggressive appliance salespeople. If you’re constantly pushing people to do something, whether it’s to buy your book or sign up for your webinar or visit your website, people are going to get annoyed. And when people get annoyed by the hard sell, they’ll simply give you an unfollow.

Don’t “Set It and Forget It”

Social media isn’t something that you can just start and leave to run on its own, no matter how many scheduled posts you have in the hopper. As we mentioned above, you need to be engaging with people. That’s why it’s called social media–because it’s social! To build a community, you have to be that community’s leader, and you can’t do that if you take your hands off the steering wheel.

What do you think? How are you going to grow your social media following?